Very rarely you get the chance to be involved in a project driven by “goodness” but a few times in your artist life you come across someone who just wants out of sheer work and creativity to set the record right ! to give credit back where deserved… and its impossible not to get involved. 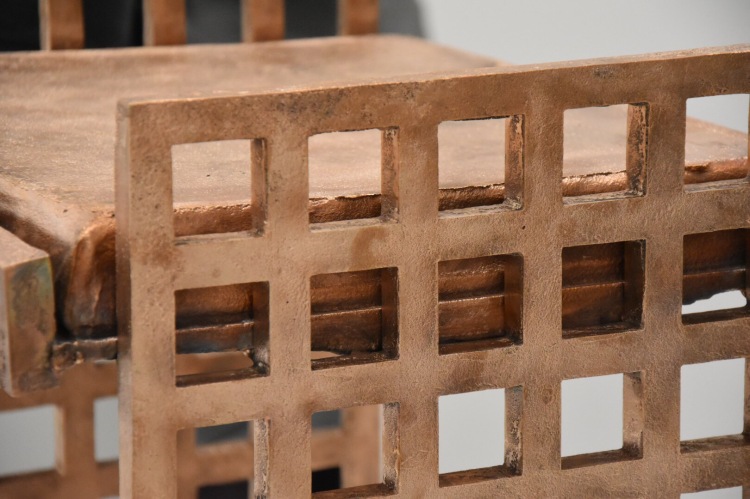 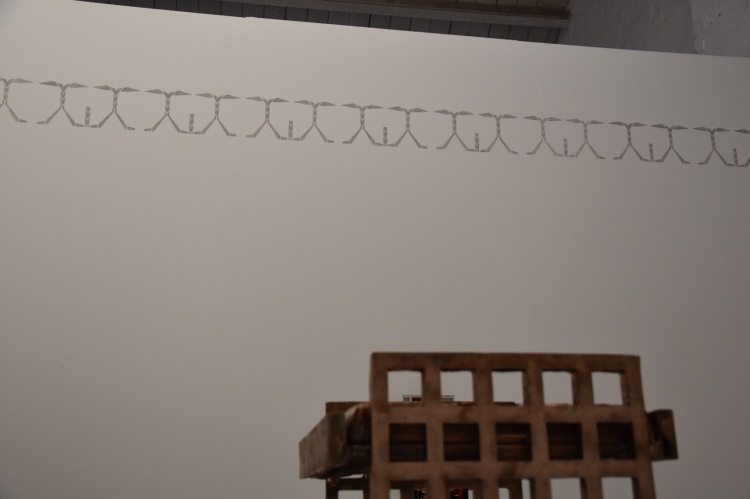 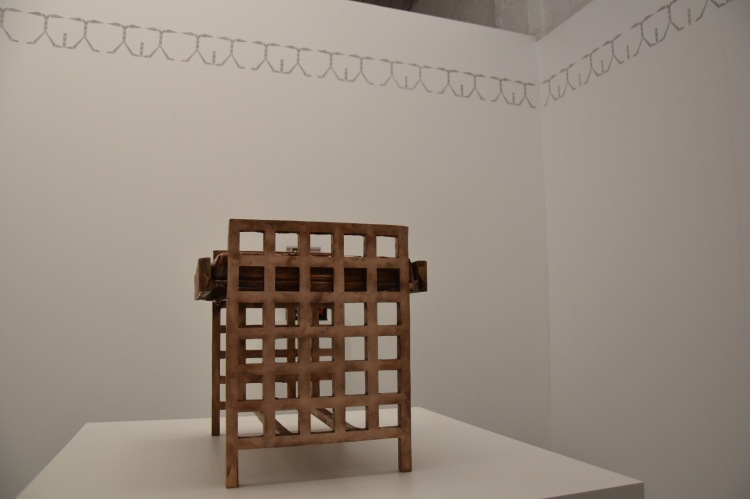 I met Tom Krasny a young overseas student with the Glasgow School of Arts, a few months back when I was preparing some work for the centenary of 78, Derngate, the Northampton property of Mr Basset Lowkes which Charles Rennie Mackintosh refurbished in 1917.  Tom was preparing her final piece for her degree show. The statue of a seat designed by Mackintosh for 78, Derngate originally made on the Isle of Man. Dedicated to the War prisoner with no name… to their memory, to their hard work, to their beautiful skills.

And off course I wanted to help, her with some of the skills needed for this beautiful project.

I am always interested in the stencilling designs by Mackintosh, thats my forte and I knew of the stylish bedroom furniture as the original set is displayed here in Glasgow in the Mackintosh House. Light wood, light lines, some very striking blue fabric, very different lines from the 1900’s sets. When visiting Derngate I was made aware of the fact the original furniture for Derngate came from the Isles of Man but I did not give it more though.

Below the original design by Mackintosh of the 1920 stencilled scheme a striking design ! Its first layer form a great back drop for Tom’s seat. A very simple statement indeed !

Tom was there to set me right about the provenance of the furniture and of her project. And the fact she wanted some help with the making of her degree show set up. She told me about the war prisoners, very skilled cabinet makers working on the Isles of Man making stylish furniture designed here in England by Mackintosh and by other designers… She told me that while building beautiful pieces their names was not remembered and their work not acknowledged. Its was the War, those were different times. And it takes a young determined lady, a Glasgow School of Arts overseas student to set the record right.

So I did what I do well, I spoke to her about stencilling, general stencilling, Mackintosh stencilling, flat stencilling, textured stencilling and more importantly Mackintosh war time stencilling I had just worked on the recreation of the 1920’s scheme for 78, Derngate, a fascinating design for Mr Basset Lowes ‘s Hall Lounge. A complicated frieze made of 9 different stencils. But by far the first layer was the most striking and we all agreed about this.

And she and Roi came to learn the technique, they invested a good amount of time in the understanding and practising of it ! What a great level of commitment … 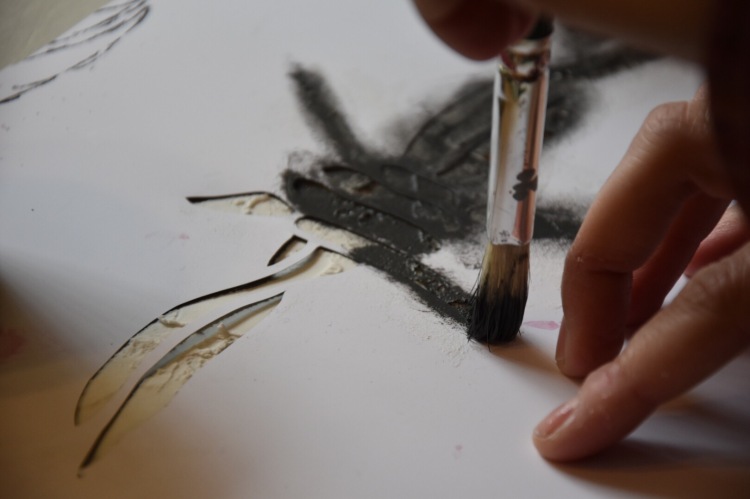 So weeks after my original involvement I received an invitation to the Degree show, at The Glue Factory. A great place with a lot of character !

The result of Tom’s work is stunning and so meaningful, a seat casted in metal, in the middle of a white room decorated with a stencil border, the first layer of the 1920’s hall lounge border. And a little chair making automaton ! That’s Charles Matts’s mallet … Charles Matts was the foreman in the Isles of Man workshop … how focused is he in making the little stool !

This beautiful automaton is the work of Philip Lowndes an English Automaton maker. Don’t you think this captured the nature of Tom’s projet ?

Mackintosh would be proud! Basset Lowes would approve… and I am so impressed that Tom found the right tone to offer respect to the unnamed maker, the one whose skills were so great he could transfer the drawings of the master in some stunning furniture without ever be named.

I hear the little chair will be transferred to the Isles of Man where it will seat as a monument to the makers whose names will be engraved in rememberance of their good work ! At long last … a century or so later !

The Degree show is open @ The Glue Factory until the 18th June.